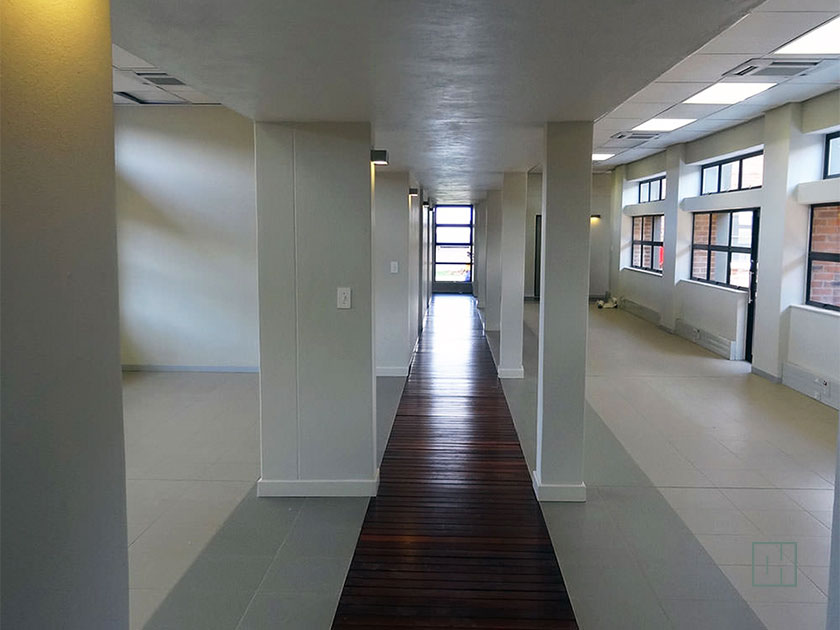 Project Name: PIKITUP, Orange Farm Depot
Project Location: Orange Farm, Gauteng Province
Design Completed: 2011
Construction Completed: Dec 2012
Project Description: Floris van der Walt Designed the new PIKITUP Depot Complex in Orange Farm, Johannesburg for the the waste management company of the City of Joburg, PIKITUP, while working for Strategic Environmental Focus (SEF). The project consisted of five seperate parts of which only the first three were erected. These were a security gatehouse, Office building housing 25 administrative and managment staff, and an ablutions complex for male and female workers. The two section still to be erected consisted of an assembly hall for staff as well as storage facilities.

The office building was design around a central courtyard with an emphasis on energy efficiency of the building. As the building would mainly be used during the day the design concentrated on the provision of natural daylight. Water saving measures such as rain water harvesting was also considered and provided for. The ablution complex caters fo approximately 12 staf memebers and makes use of energy efficien heatpump system to produce the required hot water.